PRESENTATION OF THE BOOK INGIROPARLANDO 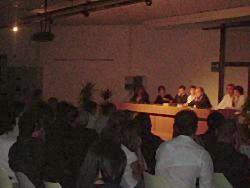 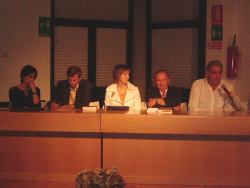 An event organized by the Gulliver Library of Subbiano and Capolona, by the Istituto Comprensivo and by the Ufficio Unico of the Villages of Capolona, Castiglion Fibocchi and Subbiano. 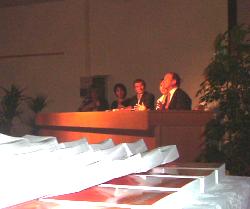 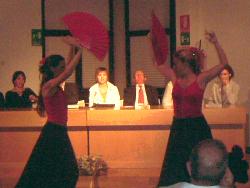 Sponsors: Province of Arezzo, Consortium of Municipalities in the Mountain Area of Casentino, University of Siena, Chamber of Commerce of Arezzo. Comments: Maria Luisa Lapini, Chairwoman of the Management Committee of the Gulliver Library, Prof Vittorio Dini, Professor of the University of Siena, Prof Antonio Ducci, town councillor of the Administration Board of Subbiano, former officer of the European Parliament, Mrs Antonietta Milani, managing director of the tourism office for the Province of Arezzo, Mr Roberto Mariottini, President of the Consortium of Municipalities in the Mountain Area of Casentino, Laura Capaccioli, the author. During the evening: screening of slides with description that gave the audience a real image of the whole world, divided into language areas. By Angolo dell’Avventura of Arezzo, together with Avventure nel Mondo. Flamenco performance by Elga Pifferi and Gaia Zazzeri who succeeded in transmitting the charm of this traditional dance, reminding us how important it is to come home feeling enriched by a journey. 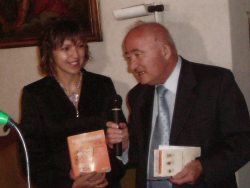 Laura Capaccioli was a guest at the presentation of the book on Francesco Petrarca "Rerum Vulgarium Fragmenta", at Palazzo Montini, Castle of Sarna, Chiusi della Verna (AR), 30th September, 2005. Sponsors: Consortium of Municipalities in the Mountain Area of Casentino, Municipality of Chiusi della Verna, Province of Arezzo. "Rerum Vulgarium Fragmenta" is a book consisting of six sonnets taken from the original manuscript (Codice Vaticano Latino, no. 3195), written to mark seven-hundred years from Francesco Petrarca's birth. Edited by Alessandro Piras, it was published by the Associazione Culturale Autori Contemporanei under the patronage of the Ministry of National Heritage and Culture, of the Municipality of Arezzo and of the Italian Institute of Culture in Stuttgart "Italienisches Kulturinstitut Stuttgart". The book, which was printed by the paint factory Edison of Rassina (AR), is illustrated with reproductions of the engravings of Lorenzo Bruno, Livio Ceschin, Ivo Mosele, Ferdinando Piras, Lanfranco Quadrio, Roger Savinio. The work was presented by Senator Grazia Sestini, assistant secretary of Welfare. During the presentation the writer Gloria Letizia De Fraja read the sonnets related to the engravings and Laura Capaccioli presented her book "Ingiroparlando", a communication handbook. The presentation of the book was followed by the opening of the Exhibition on Engravings and their origins.
And so on the one hand art, the primary way of communicating emotions and feelings, which offers the possibility of interpretation and therefore of dreaming ... On the other hand words, which are necessary for immediate and fast communication, but that can also go "beyond" relationships and enrich your inner world. Laura Capaccioli: "I was very excited when I was invited to introduce my work on such an important occasion, together with a book that has so much depth, celebrating a great man like Francesco Petrarca. Our aim was to illustrate how Francesco Petrarca’s European vision, that goes back more than 700 years, is now so up to date. At the time it was necessary to spread the "vulgar", popular language, whereas today we need to defend our roots, origins and cultures, therefore helping to preserve different languages ..."

Guest at the programme "Weekend Cultura" of Teletruria, 10th October, 2004 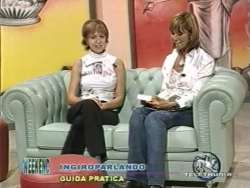 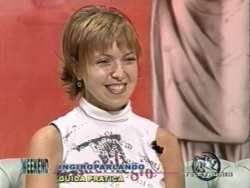 Programme on the presentation of the book recorded in the "Viaggiando" shop in Arezzo, 102TV (AR) television station, 21st September, 2004 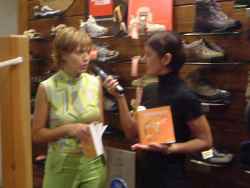 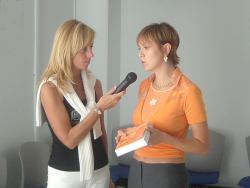 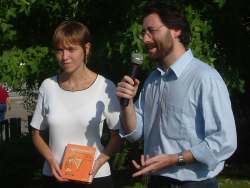 ARTICLES ON DAILY NEWSPAPERS AND MAGAZINES:

ARTICLES ON THE INTERNET: